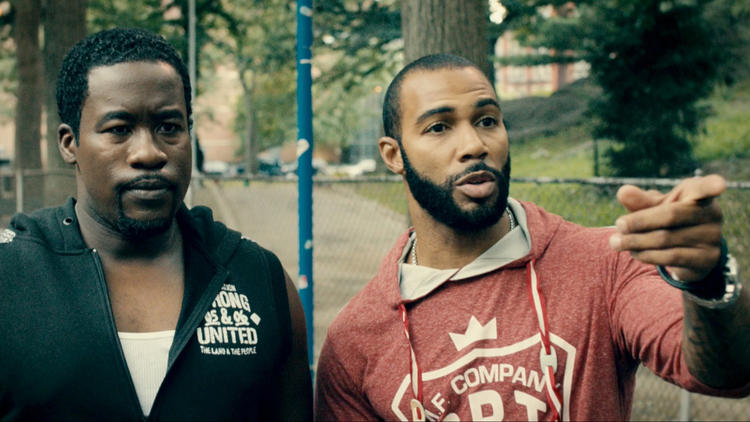 James Baldwin’s bracingly relevant writings, which inspired the potent “I Am Not Your Negro,” also resonate deeply in “Chapter & Verse,” Jamal Joseph’s tough / tender portrait of an ex-con attempting to find redemption in modern-day  transitional Harlem.

Having served eight years in prison for “being stupid,” reformed gang leader S. Lance Ingram (the film’s co-screenwriter, Daniel Beaty) is trying to do the right thing, living clean in a halfway house and landing a delivery job for a food pantry.

Despite his best efforts, Lance encounters potential minefields at every Harlem corner — including his amorous supervisor Yolanda (a fiery Selenis Leyva) — offering the constant reminder that any misstep could land him back in the Green Haven Correctional Facility.

Things take a turn through his friendship with Ms. Maddy (the always terrific Loretta Devine), a spirited widow with a wry sense of humor and a troubled teen grandson who is headed down a path Lance knows only too well.

Filmmaker and Columbia professor Joseph, and playwright Beaty, in his feature writing and acting debut, infuse the movie with an intense New York City realism and an evocative street poetry that conjure up early John Cassavetes and Spike Lee.

But ultimately, it’s the voice of Baldwin, who more than 50 years  ago observed, “All over Harlem, Negro boys and girls are growing into stunted maturity, trying desperately to find a place to stand,” that rings out clearly in this deeply affecting drama.

Rating: R, for language, drug use, some violence and sexuality